“Keys” of the City of Kingston Presented to Mr. Luton Geaorge Kieshawn Shelton.

On Monday, June 6, 2022, the Kingston and St. Andrew Municipal Corporation presented (posthumously) the “Keys” of the City of Kingston to Mr. Luton Geaorge Kieshawn Shelton.

The late Luton Shelton represented the Jamaica Junior National Football team, where he moved on to become arguably one of the greatest strikers on the ‘Reggae Boyz’ team, which he later captained.

He developed a love for football at an early age starting as a goal keeper in Grade 3 at Suthermere Preparatory School, and due to his speed and enviable technical capabilities, he earned the forward position which saw him scoring thirty one (31) goals.

His passion for the sport led him to become one of the most prolific Manning Cup players at Wolmer’s Boys’ School and also the Harbour View Football Club.

He went on to become an International player with his career spanning England, Russia, Turkey, Sweden and Norway.

Up until the time of his death, Luton (# LS 21) Shelton still held the National goal scoring record of thirty five (35) goals in seventy five (75) appearances and is still the only men’s football player to score 4 goals in his international debut for Jamaica. He has also been the recipient of several National and International awards

The KSAMC takes pleasure in presenting the “Keys” of the City of Kingston (posthumously) to Mr. Luton George Kieshawn Shelton and applauds his dedicated efforts in the field of football to positively impact Jamaica. 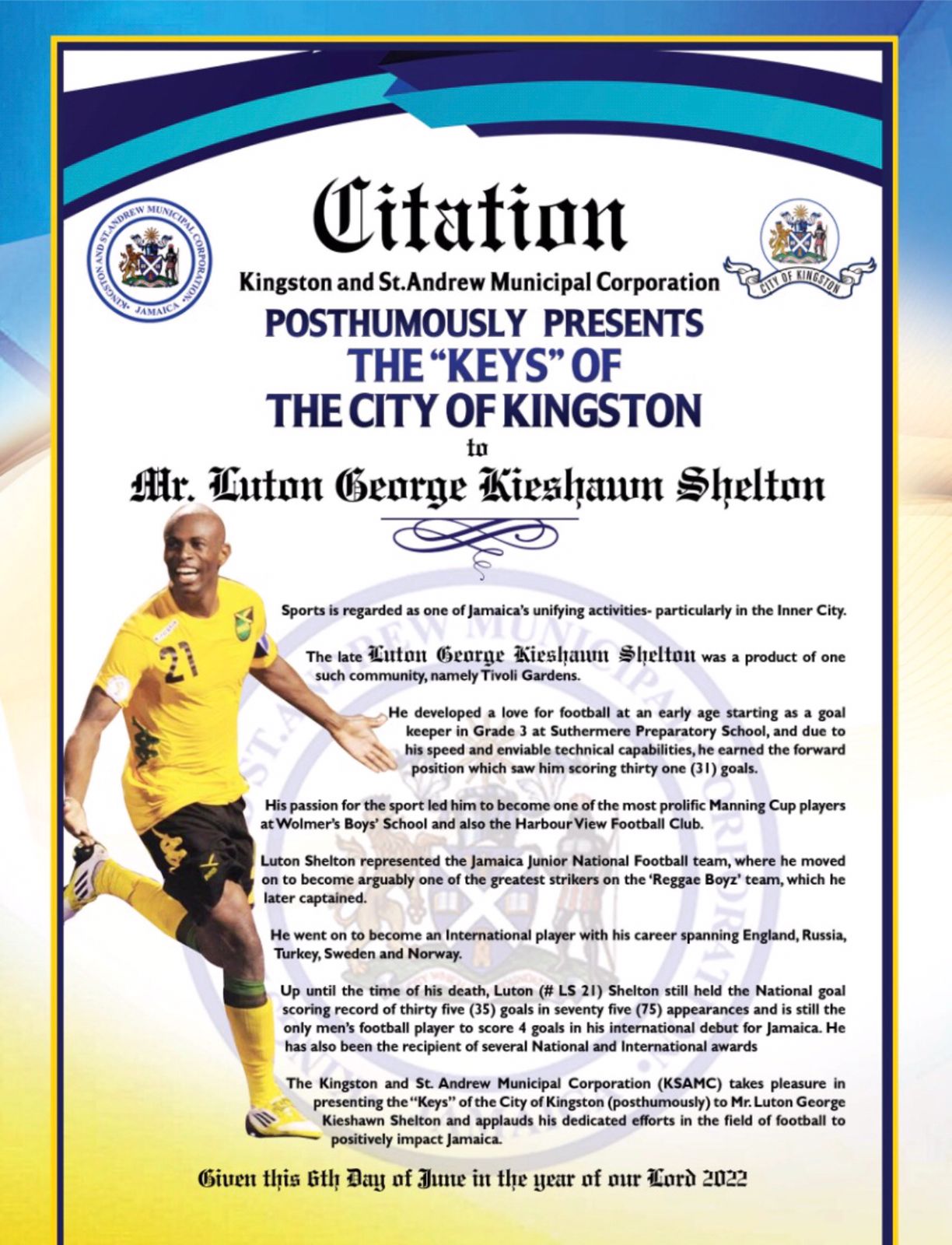