BACKGROUND
‍
The Harbour View Roundabout has been a location for street food vending for over thirty(30) years. The current site is estimated to cover 1,644.29 m sq. with a perimeter of 180.94 m sq. This fairly large location is a popular and convenient stopping spot for motorists heading to the eastern end of the island, the Norman Manley International Airport, and into Downtown Kingston. Not only do motorists travel from far and wide but also pedestrians travel great distances to visit the location. This roundabout is the intersection which takes traffic which takes persons to the Norman Manley International, Port Royal, Kingston, the Parish of St. Thomas, and into the Harbour View residential community and hence is  an area for large volume of traffic (see Figure 1 below). 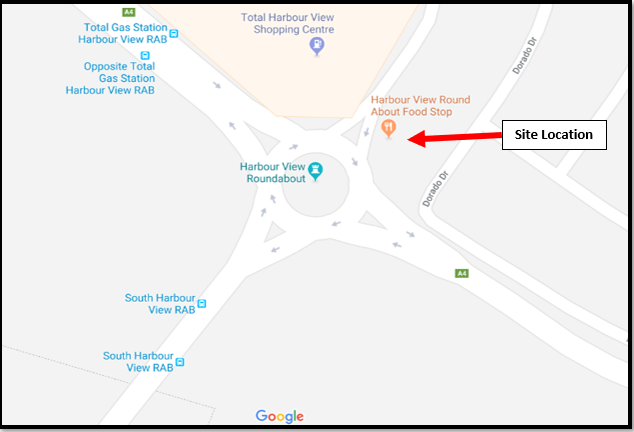 Street food in Jamaica represents a significant part of urban food consumption for many low-and-middle-income consumers, in urban areas on a daily basis. Street food is the least expensive and the most accessible means of obtaining a nutritionally balanced meal outside the home for many low-income people.

Although currently it is illegal vending; the site has become a popular spot which excites the taste buds of many Jamaicans offering a wide variety of popular Jamaican foods such as conch stew, jerk chicken, jerk pork, festival, bammy,oysters, and roast breadfruit to name a few. Street food has over time become very popular and has been an important part of Jamaican culture. The main operating days for most vendors are from Thursday to Sunday evenings from the hours of 5 p.m. to 2 a.m. with no strict hours.

In Jamaica, street food preparation and selling undeniably provides a regular source of income for many men and women with limited education or skills and today, local authorities,international organizations and consumer associations are increasingly aware of the socioeconomic importance of street food and also of their associated risks.The major concern is related to food safety, but other concerns are also reported, such as sanitation problems (waste accumulation in the streets and the congestion of waste water drains), traffic congestion in the city also for pedestrians(occupation of sidewalks by street vendors and traffic accidents), illegal occupation of public or private space, theft and social problems (child labour,unfair competition to formal trade, etc.). These are some of the concerns which are currently faced at the Harbour View Roundabout Food Stop.

The risk of serious food poisoning outbreaks linked to street foods remains a threat and a lack of knowledge among street food vendors about the causes of food-borne disease is also a major risk factor. Although many consumers attach importance to hygiene in selecting a street food vendor, consumers are often unaware of the health hazards associated with street vended foods.The residents of Harbour View have complained that the informal vending poses many risks and as such it is important that this area is no longer ignored and as such redeveloped to address the issues associated with informal vending.

Statement of the problem

For many years the controversial issue has always been the safety of parking along the main road, security, and sanitation as there is no running water for hand washing nor have there been any toilet facilities.
‍ 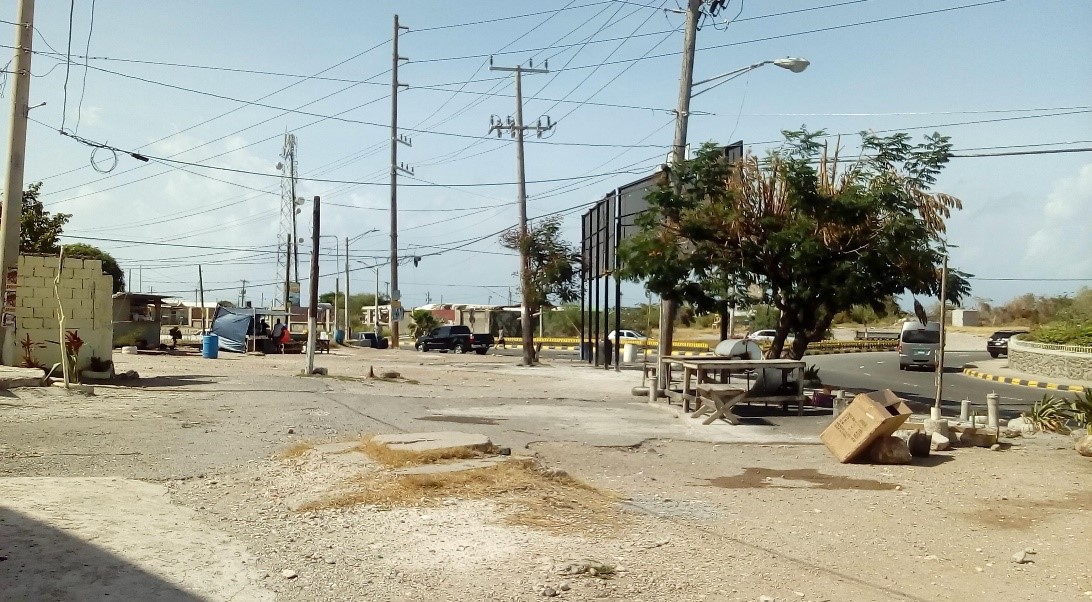 The following proposal is being offered to resolve the problems stated above. It is being recommended that the area be redeveloped to a rock park and the vendors be relocated to an area along the Palisadoes main road this area was formerly known as Jamaica Gates (see Figure 4 below). 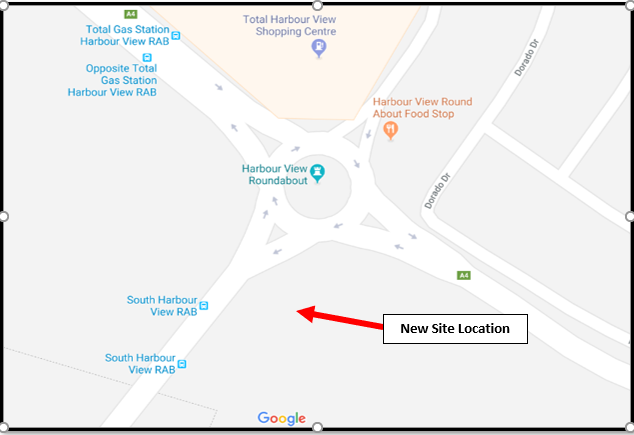 Figure 4. – The New Site location for the vendors.

This newly designed area would accommodate fifteen (15) shops with supporting facilities such as, restrooms, property managers’ room, storage, and a courtyard.It was determined that there are a total of twelve (12) consistent vendors, who over the years provide a variety of cooked food, juices and liquor at the roundabout and as such each of them will be able to obtain a shop at the new location. Each shop will be provided with, electricity, running water, public sanitary conveniences, water tanks, eating area and customer parking.  Vending would be geared towards showcasing both Jamaican food, craft items and souvenirs. The site will also cater towards tourists arriving via the Norman Manley International Airport along with tourists arriving via cruise ships which are expected to arrive in Port Royal January 2020.

All vendors at the current location will have a shop. The facilities will be maintained by the property manager and each shops’ utilities will be covered monthly by each vendor. The area will provide a rest stop to its guests as the area will be landscaped and will have park benches.

The shops will host customers who would be traversing to and from the airport, Port Royal and to the Caribbean Maritime University.
‍

Figure 5 – Proposed layout for the Food Stop at the HarbourView Roundabout. 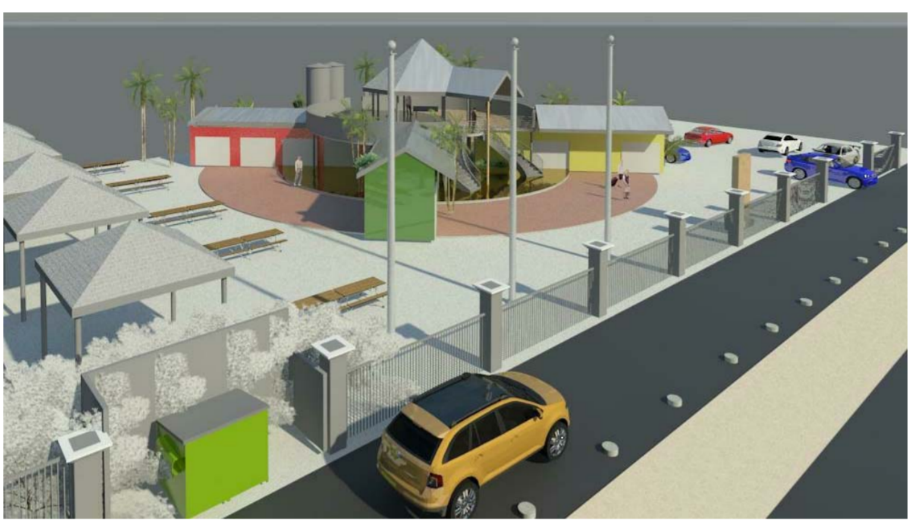 Figure 6 – Proposed layout for the Food Stop at the Harbour View Roundabout.
‍ 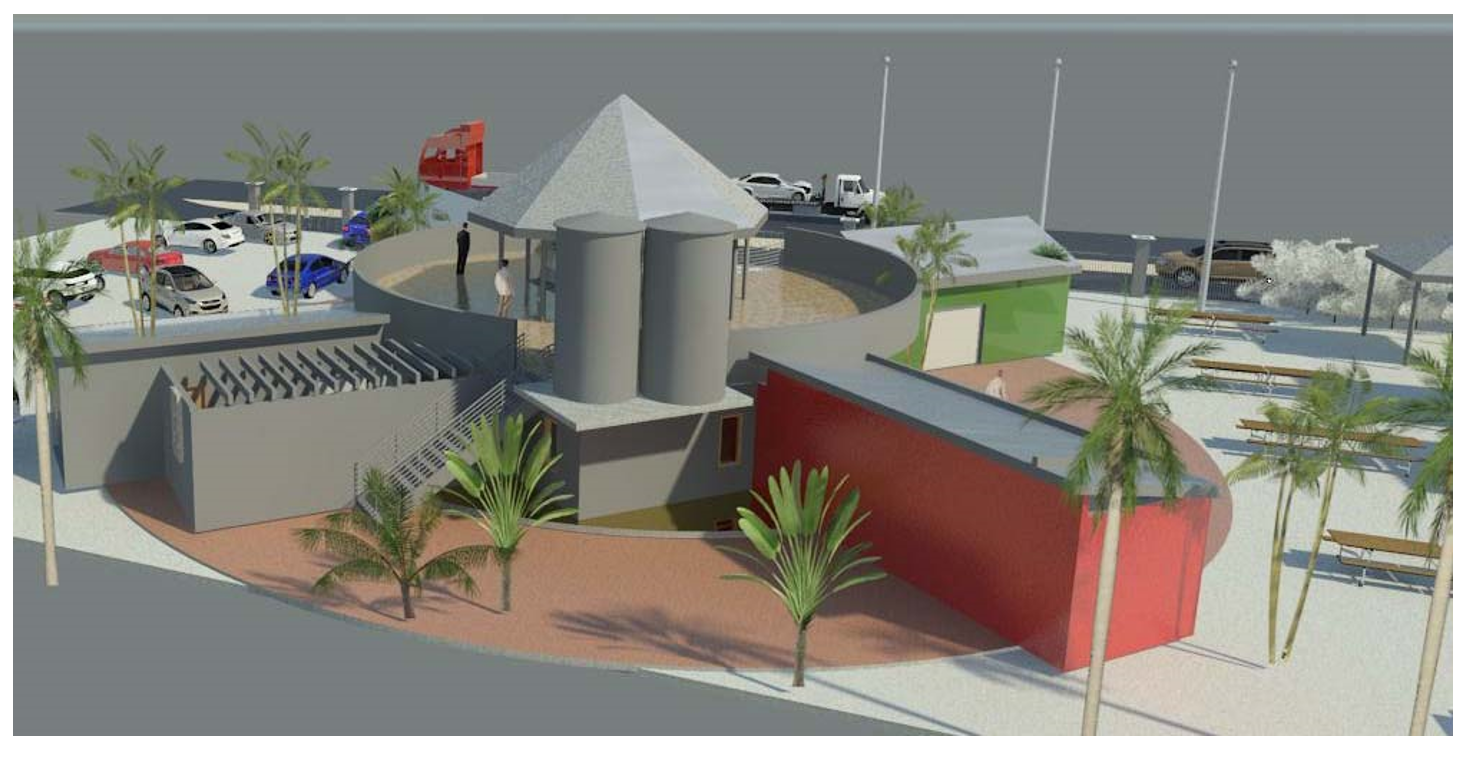 Figure 7– Proposed layout for the Food Stop at the Harbour View Roundabout.
‍

There will be parking spaces provided for the patrons to the site and the area will be carefully landscaped and park benches will be installed in order to have an area for not just vending but for recreation and relaxation. Traffic delineators will be used to prevent hazardous entering and exiting from the main road (see Figure 8).


The structure will be constructed with concrete block and steel and concrete drywall will be used in some areas.  Each shop will consist of a wash sink, and a counter space which will be used for serving (see Figures 7, 8 & 9).

There will be at least two water tanks at the site which are to be used when there  is a lack of supply from the NWC. In addition there will be two toilets one for each sex which will be available for use by the vendors along with the public. Seating for the public will be located on the upper deck and surrounding the shops (see Figure 2 and 3). 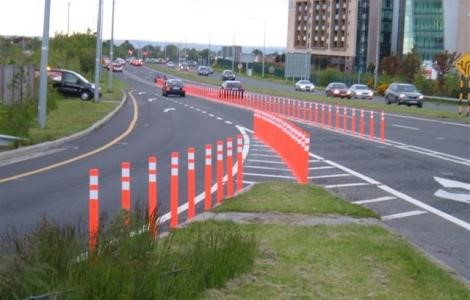 Figure 8– Traffic delineators which will be used to control traffic.
‍ 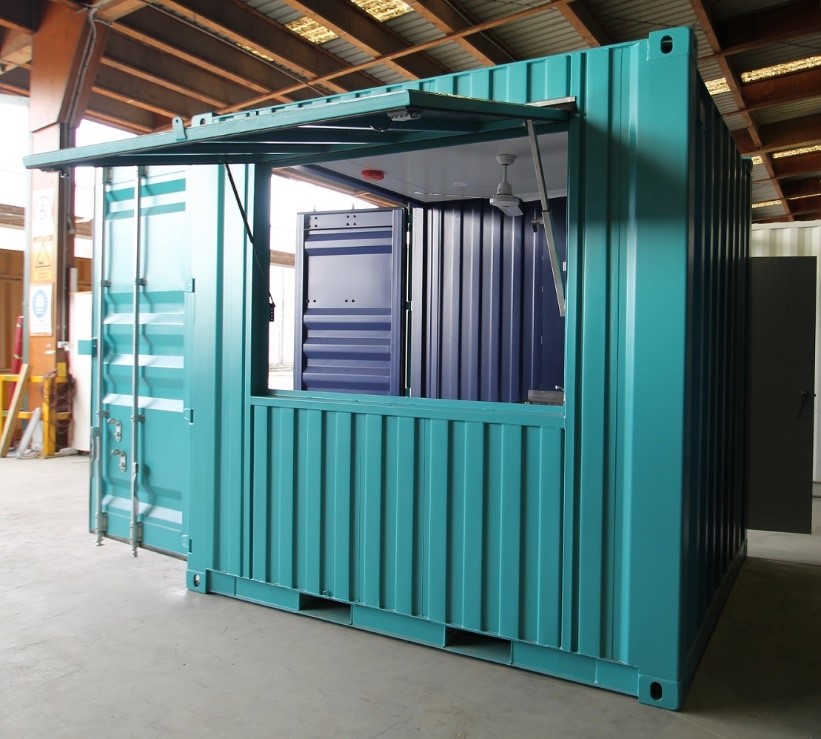 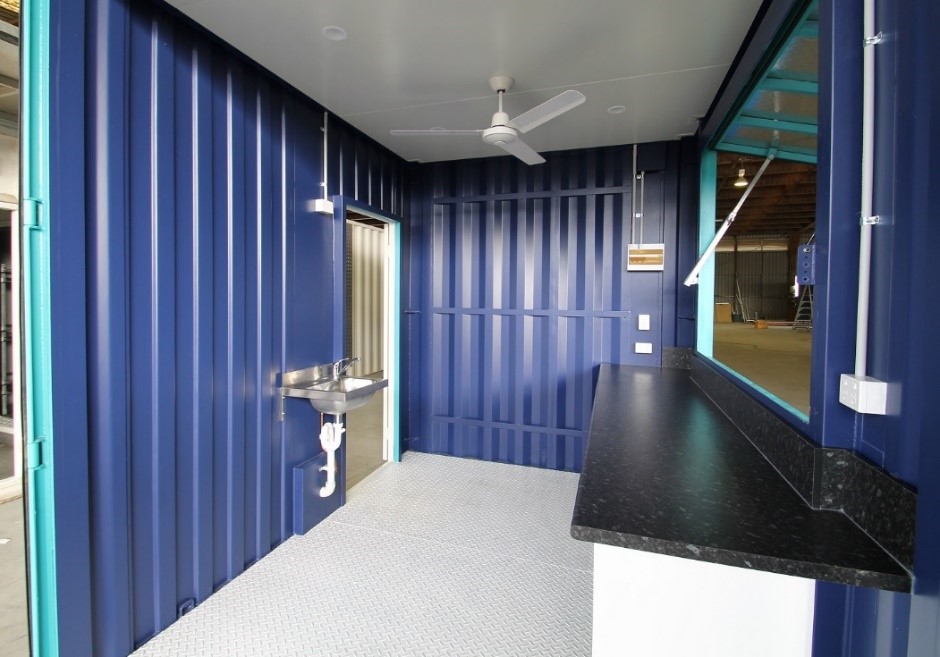 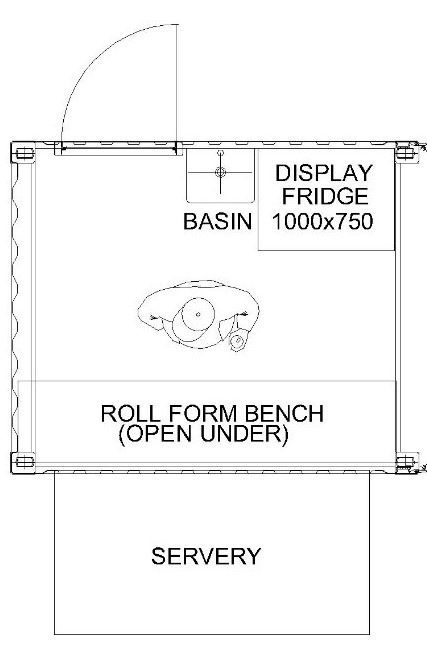 Maintenance of the Site
‍

A list of conditions for the use and the maintenance of the site will be provided to the shop owners. This will define in detail the care of shops and state what is permitted and not permitted, conditions for tenure,and the type of activity which can occur. Regular checks will be carried out by the KSAMC to ensure the site is kept up to a high standard.

In addtion there will be a property manager who will be employed and living at the site. He will maintain the site by conducting landscaping, cleaning of restrooms and the overall maintenance and management of the site.
‍