In recent times cities across the world have looked at ways in which they can promote themselves, by making themselves unique. This clear, compelling,uniqueness is the brand which builds the foundation to promote the city as a desirable visitor destination, business location and a place to call home.

Globalization has caused cities to become very competitive at becoming an attractive tourist destination, workplaces, culturally rich place and much more. Kingston is on a drive to becoming more competitive internationally and as such requires a unique brand. There are many reasons why it is critical for cities across the world to have a brand, but the most common is to stimulate economic growth.

A strong city brand can do the following among other things:

These are all of which we would ideally like to attain for Jamaica’s capital: Kingston.

A strong and identifiable branding image and strategy will have a positive impact on the satisfaction of the visitors and residents of Kingston.It is on the benefits that the KSAMC has embarked upon branding Kingston. The branding process is the first of its kind for the city and will consist of a series of events, products and infrastructure development which will have an influence on all the residents.  The Waterfront and Kingston, Harbour has had a rich and evolving history. Its waters provided fishing for the Tainos; a port for the Spanish, a port and naval base for British pirates and naval forces from which they attacked the Spanish Main, and home and business district for Jamaicans for over three centuries. The Waterfront is currently being enhanced to include a boardwalk which will run along the full length of the Waterfront of Downtown Kingston so it can attract local and internationals.

The first of the city branding projects to be implemented is the erection of a large interactive sign to be located by the Downtown, Waterfront along the Ocean Boulevard next to the Bank of Jamaica Building (see Figure 1).

This position was selected as the area is open and would allow for viewing while approaching the Waterfront from Nethersole Place. Photographs could easily betaken with the sign with the waterfront in the back drop (see Figure 2).

Kingston the Waterfront and Kingston, Harbour has had a rich and evolving history. Its waters provided fishing for the Tainos; a port for the Spanish, a port and naval base for British pirates and naval forces from which they attacked the Spanish Main, and home and business district for Jamaicans for over three centuries. The Waterfront is currently being enhanced to include a boardwalk which will run along the full length of Waterfront of Downtown Kingston so it can attract local and international tourists. 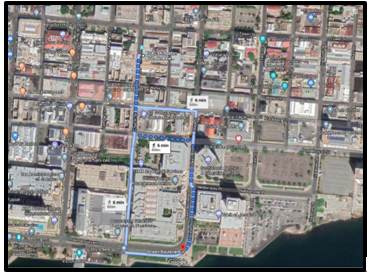 Figure 2 – The Sign’s Location along the Waterfront.

The Kingston sign will have the shape of a heart with a Doctor Bird, the word “Kingston” along with musical notes (see Figure 2). The sign contains several iconic symbols of Jamaica.

‍The Pulsating Heart is the indication of Kingston being the heartbeat and life of the city.

The Doctor Bird is Jamaica’s indigenous national bird. The Doctor Bird is of the humming bird family which is attracted to the colour red and within the sign it is seen nurturing itself from Kingston’s beating heart.

Musical Notes – Kingston is the world-renowned home of reggae and other genres of music. In 2018 Kingston was declared UNESCO City of Music therefore the musical notes could not be forgotten from the sign.It is the music that attracts people from across the world to Kingston.

‍This sign would be the backdrop for many photos and selfies by locals and internationals resulting in the branding of Kingston’s image throughout the world via sharing on various social media platforms.

It would be an attraction to tourists who would be visiting the newly enhanced Downtown Waterfront Boardwalk which is a dynamic space, used at times for large concert, events and festivals.

‍Each of the signs letters and characters should be able to be moved and placed on its own so if there is damage each letter could be easily replaced. Each letter and character should be constructed with aluminum sheeting for canning the letters, along with an acrylic face, or any other suitable material which can withstand strong hurricane force winds along with the high salinity seawater which sometimes swashes and back washes the area. It must be noted that the Waterfront is subjected to strong winds daily which results in high salinity in the air which results in rust on metal surfaces.

Each letter should be equipped with lighting which can transition to a variety of colors so that the sign would be able to change to different themes and seasons of the year. It should also be capable of being powered by renewable energy.The details can be seen in Figures 3 – 9.

‍The KSAMC would maintain a schedule for the themes/colours to be displayed for the year. Individuals and Companies would apply to the KSAMC for lighting requests to be displayed (at a cost to be determined).

Each approved lighting display would be approved to be displayed for 24 hours(10 a.m.-10 a.m.). Multiple displays would be accommodated on the same day when multiple requests are scheduled together. There will be no fee required to submit a lighting request but if approved a fee will be paid. Staff of the KSAMC will program the sign year-round with seasonal colour variations in addition to commemorative lighting requests received from the local community.All requests would be considered on a first come, first served basis and the signs maintenance and cleaning would be carried out by the KSAMC.