The Kingston and St Andrew Municipal Corporation (KSAMC) is considering a reintroduction of paid parking in sections of the city to end the practice of hustlers on the streets forcing motorists to fork out cash to make use of parking spots.

Mayor Delroy Williams told The Gleaner on Tuesday that such a move would allow the KSAMC to have another revenue stream and bring more order to the traffic situation in certain urban spaces.

The mayor said that the KSAMC is aware of the practice of unauthorised men using rocks and other items to prevent motorists from pulling into parking spaces without paying them. He stressed that the practice, which occurs mainly in the shopping district of downtown Kingston, cannot continue.

“They manage it. It is not legitimate, but they manage it, and it’s something we have to address and we do that by sending out the municipal police to deal with it, but a really permanent solution is a system of on-street parking and that is what we are moving quickly to introduce,” Williams told The Gleaner.

He said, however, that such a plan would require that the KSAMC not manage the system itself, as it would be an unwanted burden on the city’s management structure.

“Our intention is that it is managed privately, so there is a process for that and I want to make sure we follow that process vigorously,” the mayor said.

He added that such a system could take a year to be realised as the KSAMC studies the best options and mode of management prior to its roll-out.

“We are seriously looking to end the chaos regarding parking in the city and certainly in downtown, but we need a system that is technologically driven and that can come under the highest scrutiny in terms of implementation,” Williams said.

Mark Richards, who says he shops regularly downtown, said he would welcome paying into the city coffers instead of handing “a dime to these vagrants”.

“What kind of a city is this when people use all manner of debris to stop you parking in legitimate, public parking spots? These thieves own the parking and it is outrageous,” he said.

“Wickedness can’t done, and the authorities must address the matter now, and I, for one, would pay to park just to get rid of those people,” Latiesha Malcolm said as she moved a stone to park in front of the Woolworth store on King Street, downtown Kingston, yesterday morning. 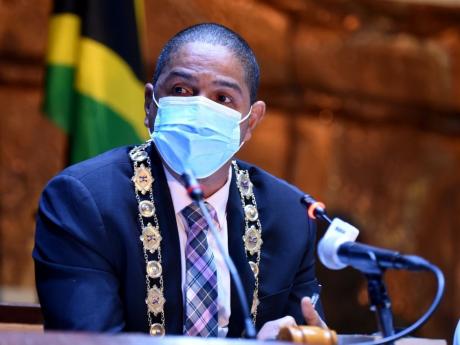 Projects
KSAMC adult transitional facility to open in May 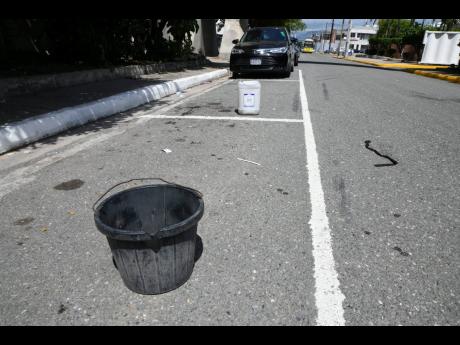 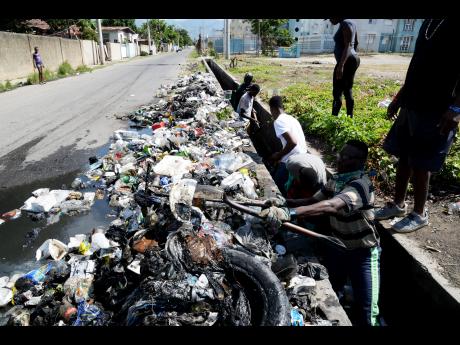